MT.FUJI: THE HISTORY OF THE ORIGINAL LANDSCAPE OF THE JAPANESE 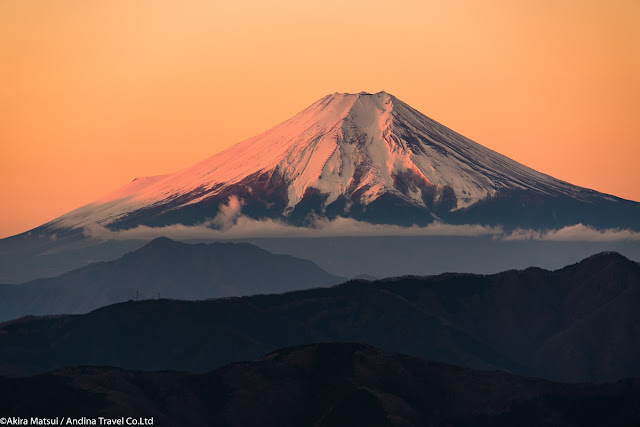 As a symbol of Japan, Mount Fuji (3776m) is always at the heart of the Japanese. It may be beyond the word original landscape, as if it were recorded in the gene.

When I looked a little at the relationship between the Japanese and Mount Fuji, it was a deep insight into the magnificent history of Japan. 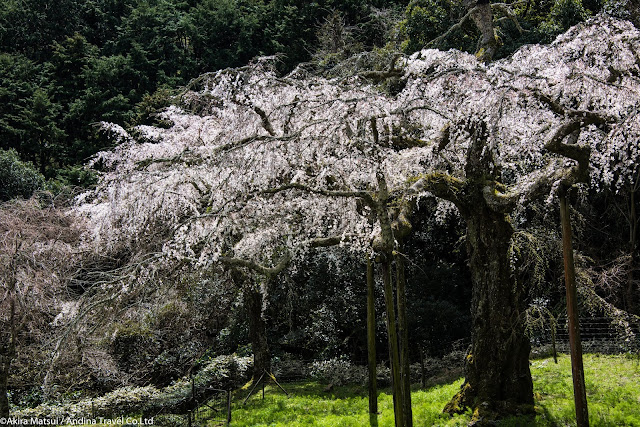 For people around the world, Mount Fuji, as "Cherry = Sakura", is a symbol of Japan and admired. 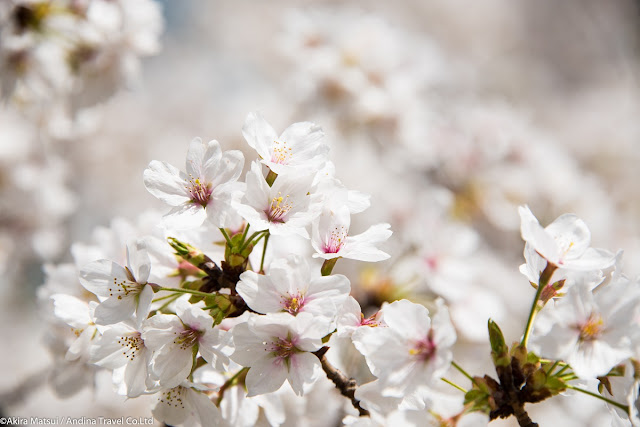 Mount Fuji, which draws a beautiful abseiling curve and rises gracefully, penetrates deep into the hearts of the Japanese, including culture, art, and religion. When Mount Fuji was registered as a World Heritage Site, it was registered as a cultural heritage, not a natural heritage, because the deep connection between Mount Fuji and the Japanese themselves was assessed as a World Heritage Site.

The concept of wonder in mountains and waterfalls is a very primitive feeling for us.
Following its origin, it can be traced back to chimpanzees that resemble earlier hominin stages. Jane Goodall, a student of chimpanzee research, arrives at a jungle waterfall where swarms of chimpanzees pass, seeing them behave in unusual ways in front of the waterfall, and intuitively understands the concept of "wonder." I thought amazement was the beginning of religion.

Considering the humans who were afraid of the existence of "Mount Fuji", which is clearly different from other mountains, it is likely that you can go back that far. The beginning of the original admiration for Mount Fuji can be up to 40,000 years before the Paleolithic era. Humans at this time are considered genetically as the origins of our Japanese people. 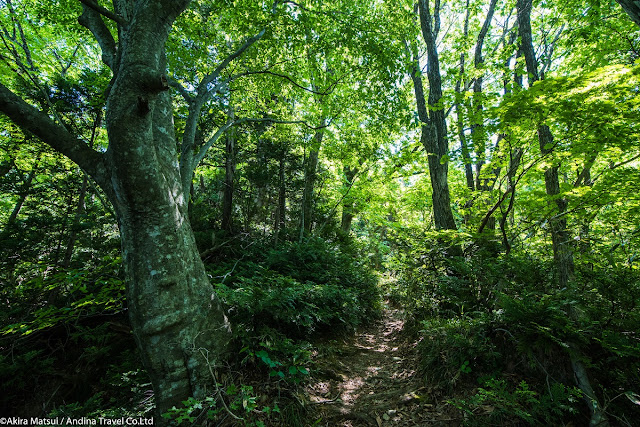 The subsequent period "the Era-Jomon" prospered for a long time. It is believed to have lasted about 13,000 years, from BC14000 to BC1000. Unlike the Paleolithic era, he lived hunting and gathering while establishing himself. During this period, the Japanese archipelago ended the ice age and gradually warmed up, and broadleaf deciduous forests covered the archipelago. He gathered the abundant walnuts and used cherry blossoms for his home.
The rich forest is said to have nourished the Jomon people from hunting and gathering has increased the population to a maximum of approximately 260,000.

In this era, you may think that the source of the Mount Fuji cult was born.

According to the Ainu language of the "Ainu" people who are said to deeply leave the blood of the "Jomon" people, the word "Apefuchi-kamui", which means "the fire god sitting in the home", is believed to be the origin from Mount Fuji. 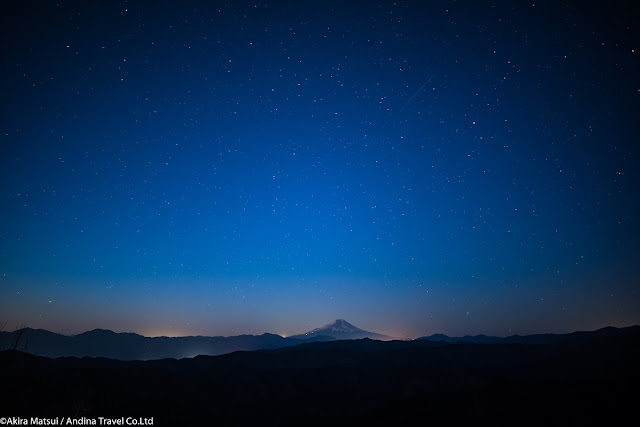 Mount Fuji, which emerges from a deep forest, may have been more terrifying than beautiful for people of this time. Mount Fuji, which caused damage from the eruption, was surely a symbol of the "rough god".

In any case, the "Ainu" and "Ryukyu" peoples retain the genes of the "Jomon" people. With the influence of the mainland and the transition to the “Yayoi” period with the introduction of paddy rice agriculture, it is possible to think that those who protect the culture of hunting and gathering are persecuted by the northern borders of “Hokkaido” and the South Ryukyu archipelago.
The area of life of the people who protect the Jomon culture, called "Emishi", was reduced to the north and became the "Ainu" village in "Hokkaido". For that reason, Hokkaido was long called "Emishi = Ezo".

The beginning of the Mount Fuji religion: from the "Yayoi" period to the "Kofun" period and to historical Japan

During the "Yayoi" period (from the 10th century to the 3rd century), when the culture of the continent flowed, the history of Japan began, and this era is a period in which myths and historical facts are mixed.
Japan's original religion, "Shinto", was established before the introduction of Buddhism, while inheriting the culture of Jomon. Polytheism, which feels God throughout the universe and respected as "800 million gods", has its roots in Jomon's idea based on the blessings of nature. 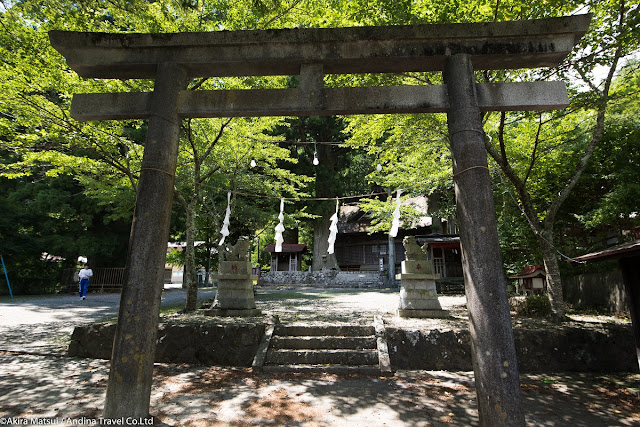 After that, in the "Kofun" period (from 3rd to 7th century), Mount Fuji was called "Fujinogami" as the holy mountain where the god lives.
The frequent eruptions of Mount Fuji made the Imperial Court of "Yamato" fearful, and the Shrine of "Asama" was consecrated a little further in the current city of "Fujinomiya".
A goddess named "Konohana Sakuya Hime" was consecrated as a mountain god.
Fuji worship is called worship from a distance, and Mount Fuji at this time was just the subject of worship. 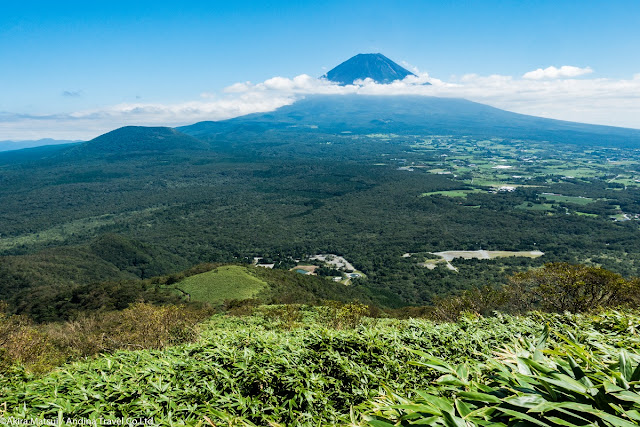 During the "Asuka" era (7th to 8th century) and the "Nara" era (8th to 8th century) with Buddhism, "Kojiki" and "Nippon-Shoki" were written by Japanese scribes, who They compile the traditions of myths scattered throughout Japan, they were compiled to establish "Japanese mythology". 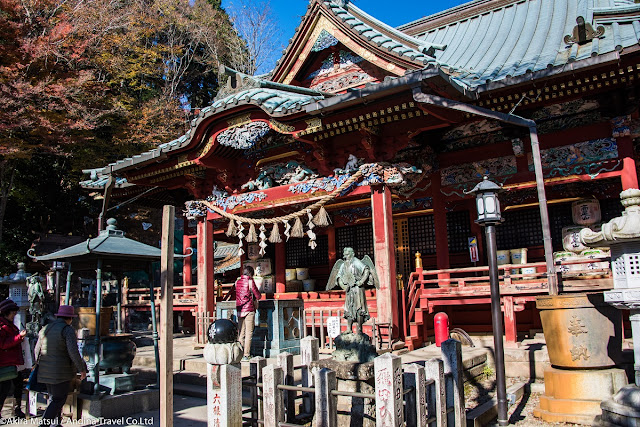 The beginning of the Mount Fuji religion

After the great eruption in 864 (Jogan 6), the time when Mount Fuji was active ended, and the "Asama" Shrine was built at the mouth of the city of "Kawaguchiko", just below Mount Fuji. From the "Heian" period (9th to 12th century), Mount Fuji has become more familiar and a mountaineering religion that combines Shinto and Buddhism has begun. It was Buddhism that spread along with the "Tendai-shu" sect by "Saicho" and the "Shingon-shu" sect by "Kukai", and emphasized training in the mountains. 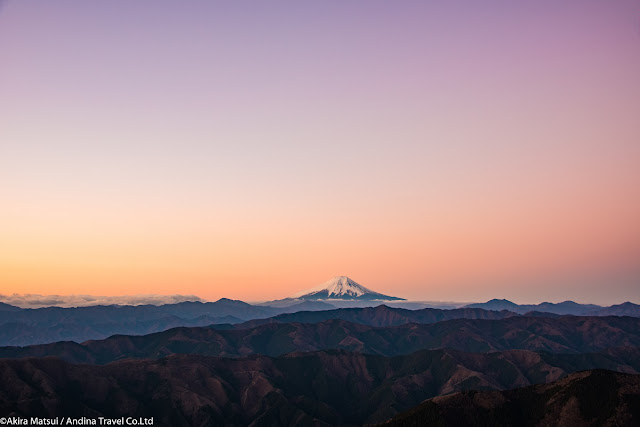 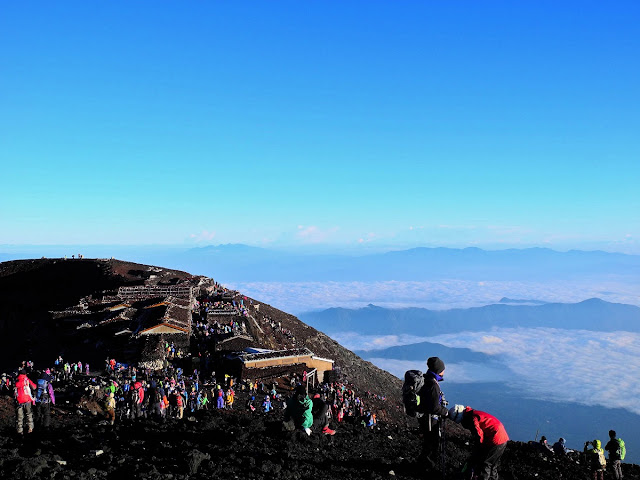 In this way, the religion of Mount Fuji also added "Montanisimo" in "Worship", where you can worship at the top. It also meant that Mount Fuji was closer to people. Mount Fuji has been loved and respected by the Japanese as it appears in "Manyoshu" and "Taketori Monogatari".

After that, during the "Edo" period (from the 17th to the 19th century) that lasted almost 260 years in the Edo period, Mount Fuji became known as a "Scenic Spot", and always appears in the image of the Japanese such as "36 Mount Fuji" by "Katsushika Hokusai". It became one of the original landscapes. 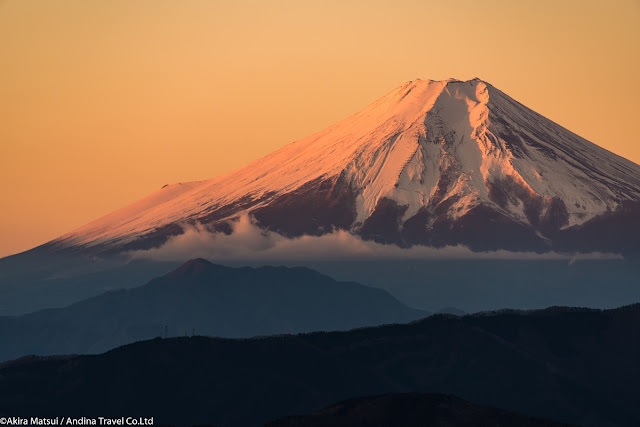 If you trace the long history of the Japanese this way, Mount Fuji must have always been there. Mount Fuji, which is sometimes tough and sometimes gentle and flexible, can be said to be the essence of Japanese beauty, and will continue to support the Japanese people. 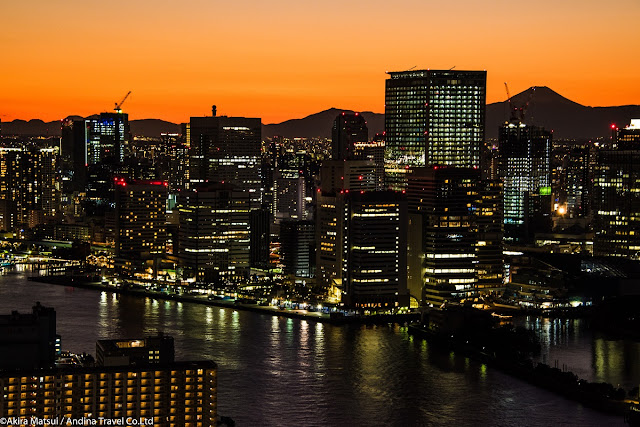 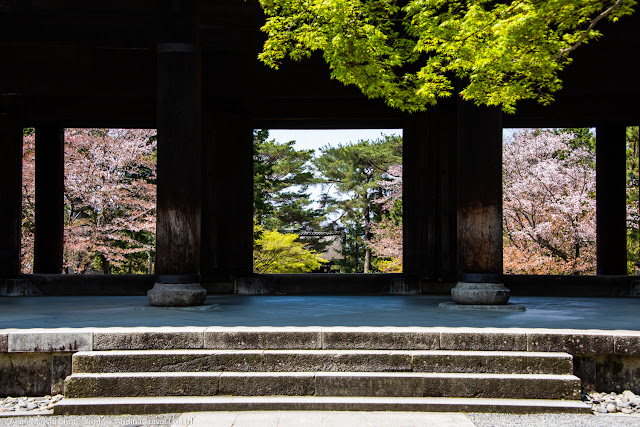